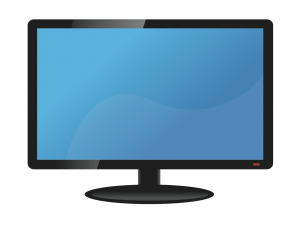 TOP 10 BEST PORTRAYALS OF BEING DEAF OR HARD OF HEARING

People who are deaf and hard of hearing are getting their due. For this list, there is a look at the best portrayals of deaf or hard of hearing characters throughout different forms of media. The countdown includes CODA, A QUIET PLACE,  ETERNALS, and more! (Produced by MSMojo)

DEAF ACTOR TALKS ABOUT WORKING ON ‘THE SIMPSONS’

John Autry II plays the new character, Monk, who is the first deaf character in the show’s 33-year history. (Produced by ABC News)

Troy Kotsur interprets our favorite scenes from ‘The Godfather,’ ‘Star Wars,’ ‘Jaws,’ and ‘The Graduate.’ This has some adult language so viewer discretion is advised. (Produced by Variety)

Troy Kotsur, Best Supporting Actor winner, sat down with us to talk about the films that got him into acting, what it feels like getting recognition after all these years and the actors that surprised him by knowing ASL. (Produced by Variety)

Troy Kotsur makes comments in the press room about “CODA.” (Produced by Variety)

Kotsur talks about learning how to be a fisherman and what it means to be recognized for his standout role in “CODA”. (Produced by ABC News)

Troy Kotsur receives the Actor® for Outstanding Performance by a Male Actor in a Supporting Role for his performance as FRANK ROSSI in “CODA.” (Produced by TNT)

“CODA” takes home the Actor® for Outstanding Performance by a Cast in a Motion Picture. (Produced by TNT)

THE WOMAN KEEPING HER LANGUAGE ALIVE, ONE PUPIL AT A TIME

Deaf Hawaiians once had their own language: Hawaii Sign Language (HSL). A small group led by Linda Yuen Lambrecht is trying to revive it. For HSL’s last remaining users, it’s a race against time. (Produced by CNN)

HOW A DEAF DANCER FEELS THE BEAT

Sound is for Everyone. Chris Fonseca, a London-based dancer, choreographer, and dance teacher, has been deaf since childhood — and he’s been dancing nearly just as long. He taught himself to dance by “feeling” rather than hearing. For Chris and others who are deaf and hard-of-hearing, SUBPAC allows them to connect with music in a new way. SUBPAC enables Chris to feel his music, moving sound through his body in sync with the music’s rhythm- creating an immersive experience.As Chris so nicely summarizes: ‘Art is a freedom that has no rules nor boundaries. It shouldn’t define disability, size, or color. Dance is love.’ (Produced by CNN)

Actress Lauren Ridloff talks about what it was like training to play the fastest woman in the Marvel Cinematic Universe (MCU), and what it’s like playing the first Deaf hero in the MCU at the Eternals Red Carpet Premiere. (Produced by Marvel Entertainment)

NYLE DiMARCO EXPLAINS WHY “DEAF U” ISN’T ‘A PSA’

The ‘DEAF U’ executive producer and Deaf activist shares with Access Hollywood what makes the Netflix docuseries so groundbreaking and why he’s thrilled to launch a new project that helps elevate Deaf culture into the mainstream in an unprecedented way. (Produced by Access Hollywood)

CJ Jones is not your average entertainer. He is deaf, but that doesn’t stop him from following his dreams. He is a director, producer, writer, and stand-up comedian who has had a prolific career. (Produced by OnlyGood TV)