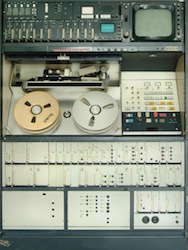 The Silent Network, the nation’s first national Deaf/Hard of Hearing television network, which started in 1979, has been hard at work on its major preservation efforts of thousands of hours of past Deaf/HOH broadcast TV shows for the benefit of today’s viewers. Viewers can now enjoy watching the digitally re-mastered shows as well as brand new shows on Access Network. Shows are added regularly. Viewers can watch on their TV, tablet, mobile device, or computer. Watch the shows on Access Network on Roku players, Roku televisions, and the mobile network at www.accessnetwork.tv. Join and support this major historical undertaking!